We are committed to keeping both our customers and staff safe. Our warehouse has full social distancing procedures so we can still despatch products to keep your family safe. Please be aware that we are experiencing slightly longer delivery times than usual. COVID-19 Update - Find out more

10 Changes That Happen to Your Body After Having A Baby

It’s no surprise to many people that there are a lot of changes to the body that occur over the course of a pregnancy. After growing a baby (or babies) for nine months the body undergoes a world of change. Some of the changes go away fairly quickly after birth, others linger, and some of them are even permanent, here are 10 changes that stick around!

Everyone has heard about baby brain, but this is often used as an excuse for forgetfulness. The changes to the brain post pregnancy are much bigger than forgetting where you put the phone. There are significant changes in the brain during pregnancy to prepare for the responsibilities of parenting. Sometimes this can make your thoughts feel scattered but these changes determine how the brain will move into protective mama bear mode after the arrival of your baby so serves a great purpose.

For many new mums getting intimate is as far down the list as physically possible for quite a while after giving birth. This happens for many reasons. Firstly, it takes a great deal of time for the body to recover “down there”. There’s a reason doctors put a six week ban on intimate relations after birth, the body needs it. Other reasons include the new focus on baby, lack of sleep, and, again a need for recovery. It can actually take up to a year to feel like you are really back in the mood.

Everyone is different so the main thing is to take things at your own pace and try to be as open with your partner as possible about your feelings towards being intimate if it’s something that’s playing on your mind.

A lot of women are excited about the prospects of a new curvier body post birth. Unfortunately, that body might not remain the reality in the weeks or years to come, whether baby is breastfed or not. Breasts will often increase in size during pregnancy as they start to produce breastmilk. This unfortunately means they may “deflate” after birth, and for some the loss of fat under the skin can cause permanent breast tissue sagging or drooping. Others may end up with larger breasts post birth, it’s estimated about a third of women end up with bigger breasts, a third smaller, and another third about the same cup size as they were pre-pregnancy.

One of the first changes many women notice during pregnancy is the darkening of their nipples. Pregnancy hormones trigger a temporary boost in melanin within the body, which increases pigment just about everywhere. This means that scars might get darker, as well as freckles, moles and the skin under the armpit. Many of these areas will lighten and fade after birth, but some will remain darker. Nipples typically lighten a bit, but will often remain permanently a few shades different than they were before pregnancy.

Hips widen during pregnancy in anticipation of pushing a baby through the birth canal. The hormone Relaxin is released by the body to help relax pelvic joints and ligaments. The area most impacted by this is the pelvis, the changes of the pelvic bone structure is what makes women comment on their wider hips. Some women don’t notice the changes, but others may be well aware that their jeans are a little bit tighter, even after they have lost the baby weight. For those who have always wanted more of an hour glass figure, they may be jumping for joy over their new curves, for those who already rock the wide hips, this may be a source of stress. Just know that your hips have done wonderful things and birthed your beautiful baby!

Most new mums probably notice their aching backs more than they notice poor posture, but this is a long-term post pregnancy ailment just about everyone experiences. The whole experience of being with child, breastfeeding, and carrying a baby in the arms will put a lot of focus on the front of the body. This means other areas, like the back and shoulders, may curve. This curvature can lead to poor posture and back aches. Some of this can be combatted by ensuring proper back support during breastfeeding (even a couple of pillows will do this).

New parents may joke that their children have given them grey hair, but they really might have! There is some debate among both hairdressers and doctors as to whether this change has to do with hormones, stress from parenting, additional hair falling out in the months following birth or simply because a new mum has significantly less time to head to the hairdresser and tend to her hair!

For the first few weeks after birth when a mother’s breastmilk is coming in, swollen feet are quite common. For some women bigger feet return to their normal size around six months or a year post pregnancy, whereas others have permanently larger feet.

All the celebrities who are photographed in bikinis six weeks after giving birth have probably worked very hard to end up with flat tummies. But it’s important to remember that: a) Photoshop helps b) they might not be breastfeeding, which can make you very hungry c) they have personal trainers d) they have cooks preparing delicious balanced low-calorie meals, and e) they have enough childcare to allow them to sleep at night (you tend to hang on to the weight if you’re exhausted). So, enough guilt mamas. A wobbly tummy will slowly shrink if you eat healthily and start gentle exercise, but it may take up to a year before you get back into your old jeans.

The most important thing to remember is that this is perfectly normal! It may take a while to adjust to your new post-baby bod but different doesn’t mean bad.

So be patient with yourself as you adjust to life as a new mum and try not to put too much pressure on yourself to “bounce back”. We love all the social media accounts that are showing off their post-baby bods in all their glory. Here are a few of our favourites @thebirdspapaya @rebeccaellenlamb @takebackpostpartum

As you put on weight in pregnancy, you can end up with stretchmarks on your tummy, your breasts, your thighs or your bum. It’s a widely held belief that you’ll probably end up with stretchmarks if your mum had them, but that’s not always true. Stretchmarks fade in time – and if you carry on living in the rain-soaked, windy and cold UK, you won’t have to show them off in public very often – every cloud 😉 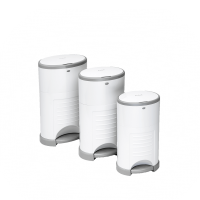 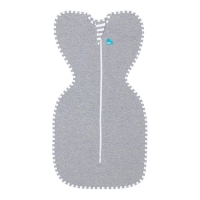 Love To Swaddle UP Original 1.0 TOG 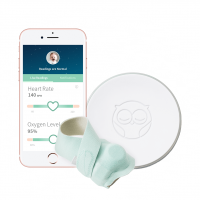 Other Articles in this Category:

Next Day Delivery
to your door

Gift Wrap
on all orders